That was so much fun!

It was my longest day. I had 6 classes today and still no projector. The students are being cool though and I think they like it, this way.

I will have to figure out more ways for them to practice their lesson, without having to use the projector. But the problem is,we have so many students and that is too  much paper. 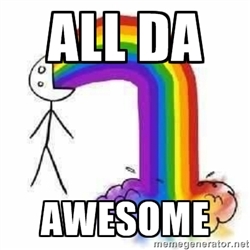 I am going to be in pain tomorrow most likely.

Definitely going to join... after I buy a couple pairs of bike pants. The padding will help till I get used to the seat. It's been forever since a rode a bike.

Did not know you can do the body wave (anyone in Korea will know what I am talking about) while biking.

Ajumma's were getting their body wave, hair swinging back and forth, groove on for close to an hour with club music and lights.

All while the kids were playing in the other room, that had other people who worked there watching them.

These people at the gym are very sweet and welcoming. They looked out for me before, during and after class. We were doing cool down stretches, and my legs were a bit shakey. So when she did that jump/ run in place lightly thing.

I had to steady myself on the bike. I worried the instructor a bit, but I told her the class was very fun.

Great thing to do after a long day of work.

I think I will take Tylenol tonight and head on to bed.

So glad it will be Friday and I only have 4 classes.

Till next wee, where I am back on my full on schedule.  Of course, that means extra money but less time.